January, February, March and now onto April...as well as other things

It has been a few weeks since my last post. With the hockey season underway, the boys seem to be traveling every weekend...Robert one weekend and then Matthew the next. Robert, my older son, travels with the team and we get to watch most of his games via live stream through the interview. Matthew, my younger son, also travels as a team...but as the team manager I tend to still travel with him and the team. Last weekend was a trip to Chicago with Matthew & team where they had a pretty good hockey weekend - won 3, lost 2. This weekend, Robert's team is in Chicago; they have won 2 - lost 1 and have another game in 30 minutes (so I better hurry and finish this post so I can watch).

Due to travel, I find time in the airport and on the plane to get in some X's on my LHN Monthly Sampler and have finished the month of March. So, here are some snaps of what I have so far: 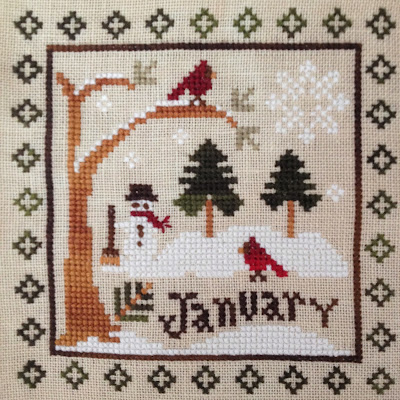 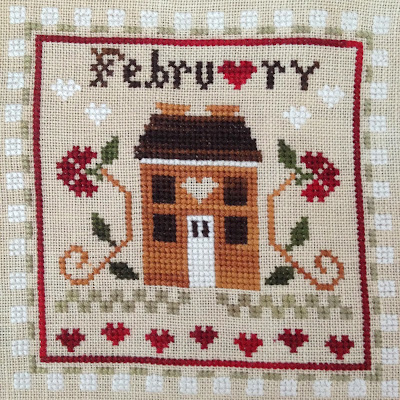 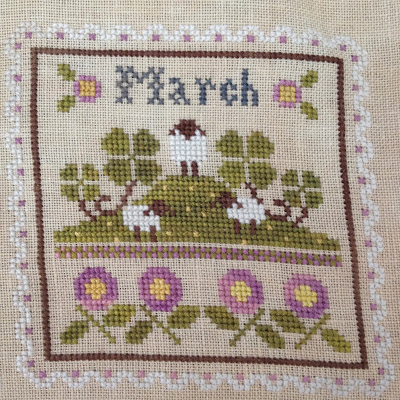 And here is the whole thing all together...
Last night I started April, locating it under January...so it will be 3 across and 4 down.

Well, it is just about time to sign off and set up the computer to watch Robert's last game of the weekend. But just wanted to leave you with this...

Until next time, take care and remember...